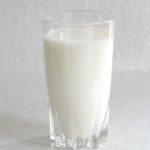 I have worked in student ministry, both part-time and full-time, for eighteen years now. If I count internships and such, it’s been around twenty. I have learned quite a bit in my time, as all people do in their own professions. Some of it has been useful knowledge; some of it would only prepare me for a Cliff Claven version of Jeopardy. For instance, how much milk can one consume before they vomit? Not exactly information that’s going to be useful in, say, helping someone get through a hard time. But I guess I’m more interesting at parties because of it. Eight-year-old birthday parties, that is.

So here are a few of the hundreds of things I’ve learned. I boiled them down to ten. Not top 10. Just ten I felt would make a good blog post:

OK, there you go. For those of you who have never read me, I am not a bitter old man. Quite the contrary. But I am dry, sarcastic, and lightly cynical—but God’s working on me! Keep that in mind as you create the voice you hear as you read these words. Keep your edge!

Steve is a college football fanatic and a suffering Padres fan living in Oklahoma where he and his wife and two daughters (as of June 20) make their home. Steve has been in student ministry for 18 years and he and his wife are currently working on a project in Ghana called The Pearl House where they will provide hope and shelter to young ladies who would otherwise live on the streets in vulnerable and dangerous situations.

Can I Trust You?

The Songs of Ascents